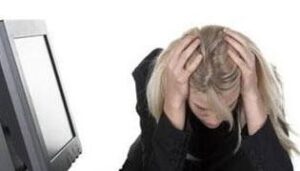 Recently, I attended the Massachusetts General Hospital Patient and Education Series on Bipolar Disorder. As a therapist and a human being I found the workshop on Bipolar Disorder important and illuminating.  Bipolar Disorder, previously named Manic Depressive Disorder is a mood disorder that affects millions of individuals, possibly as much as 4.4% of the U.S. population and their families.

This disorder is characterized by a cycling of depressive and manic symptoms. These episodes can be prolonged and intense in duration. Manic episodes, although dangerous and erratic may sometimes be experienced in a positive way by the individual as a burst of creativity, enthusiasm, passion or “feeling alive”. These feelings may coincide with erratic behavior such as excessive spending, partying, drinking, or grandiose perceptions of reality. The depressive episode can feel like a dramatic and painful crash to the depths of despair and hopelessness, which may include suicidal ideation. Alternatively, a person may experience depressive episodes with intervals of mania (or both which is termed ‘mixed episodes’). The symptoms include multiple functional disregulations affecting sleep, frustration tolerance, concentration, appetite, and mood.  It is important to note that the duration and intensity of the episodes exists on a continuum and can be more or less severe. Sometimes when the symptoms are consistently at a less intense level, the disorder is described as Cyclothymia.

The primary focus of working with individuals diagnosed with Bipolar Disorder is not the disorder itself, but the propensity of experiencing an episode (either depressive or manic). Therefore, effective and consistent psychotherapy in combination with medication can lessen the capacity for an individual to experience the severity of either depressive and or manic symptoms; and improve overall functioning and quality of life.

Researchers are unclear as to the direct cause of this brain disorder, but note that the onset of the disorder begins between the ages of 18-25. Severe stress can often be the trigger for first episode, therefore making immediate the need for consistent and attentive psychotherapy. Clinicians and medical professionals note the increase in diagnosis of Bipolar Disorder in the past decades. One of the suggested reasons for this increase in diagnoses is that we sleep less in our busied society. Our Hyper-connectivity to others through media (computers, video games and other electronic devices) creates a decrease in our ability to ‘reboot’ our brains. The brain weighs approximately three pounds but takes up most of our body’s energy. Therefore, the role of a healthy diet and a consistent sleep pattern is imperative in healthy brain functioning. Wellness and nutrition are essential in treating Bipolar Disorder as with other brain disorders.

As a mental health professional, I address both the emotional and physical needs of my clients with traditional psychodynamic therapy, Cognitive Behavioral Therapy, in combination with psycho-education to assist the client in developing an individual health and wellness plan that works for them. I believe it is important to note that, like any mental health diagnosis, this one should in no way serve to fully describe any individual or their experience of being in the world. And like most psychic or emotional pain, people living with Bipolar Disorder respond well to empathic and authentic human connection and interaction both within and outside of the therapeutic relationship. This is a serious and difficult condition, but with the proper care and attention, it can and generally will improve and often quite dramatically.