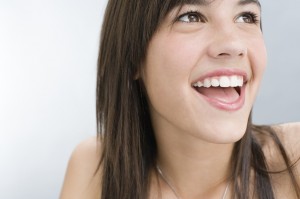 Anger, anxiety, addiction, depression and other challenges might be easier to manage if they become a little bit of a laughing matter. That’s not to downplay the potentially destructive nature of these issues, but there may be appropriate times to loosen the grip of emotional distress with a touch of humor.

One strategy developed by groundbreaking therapist Albert Ellis, founder of Rational Emotive Behavior Therapy, was to inject a dose of insightful silliness. Ellis even wrote humorous songs about alcoholism, depression, frustration and rejection. In dealing with anxiety, consider Ellis’ lyrics sung to the tune of “I’m Just Wild About Harry,” re-titled “I’m Just Wild About Worry.”

“Oh, I’m just wild bout worry
And worry’s wild about me!
We’re quite a twosome to make life gruesome
And filled with anxiety!”


Anger management expert Howard Kassinove, a clinical psychologist, director of the Institute for the Study and Treatment of Anger and Aggression and a Fellow of the Albert Ellis Institute, said in an interview with psychotherapist Christian Conte that offering up an unexpected, even insulting, phrase can be a learning tool.

Kassinove described a study “…in which we would try to insult people,” saying things like, “I can see your bald head.”

People would be asked to respond in ways ranging from, “How could you say that to me? That’s terrible. I can’t stand it” to “It’s unpleasant that you’re saying that. I wish you weren’t saying that, but I can tolerate it.”

In another part of the study, “We even had a controlled condition where I would kind of insult you like that and you would say things like, ‘A stitch in time saves nine,’ said Kassinove, “What we found was that both the Ellis rational ideas and the distracting statements led to anger reduction.”