Mental Health May Be Declining in US 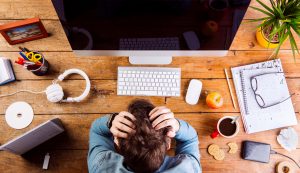 Psychologists, psychiatrists, social workers and researchers have developed many
therapies and medications that have allowed thousands of people to function well in daily life, despite a diagnosis of a mental health disorder.

Mental health workers and their patients should not stop what they’re doing because, “...the advent of today's antidepressants has largely eliminated the immobilizing melancholy that was once all too common,” said Edmund S. Higgins in an article in Scientific American.

But it’s not enough, said Higgins, a clinical associate professor of psychiatry at the Medical University of South Carolina.

“Based on my own clinical experience, mental health treatment does improve symptoms and quality of life by about 20 to 40 percent for most patients,” said Higgins. “That's a whole lot better than nothing, but not nearly good enough.”

Higgins suggests that overall, mental health in the U.S. may have declined in the past 20 years. He points to suicide rates that have increased to a 30-year high. Then there’s the disturbing problem of substance abuse, particularly the opioid epidemic.

Only Some New Psychiatric Drugs Are Better than Old Drugs

Major developments have been improvements in the treatment of the depressive phase of bipolar disorder and schizophrenia, said Higgins. New medications have fewer side effects.

But for many mental health disorders, “...drugs developed in the past 20 years perform like older medications,” said Higgins.

“Abilify is no more effective for treating schizophrenia than the very first antipsychotic, Thorazine. New antidepressants lift mood no better than the tricyclic antidepressants discovered in the 1950s. Lithium, first used in 1949, remains the gold standard for bipolar disorder,” said Higgins. “Adderall provides no further advantages for attention deficit hyperactivity disorder than the Benzedrine first administered for it in 1937.”

Current Statistics on Mental Health in the U.S.

The 2019 report “The State of Mental Health in America” shows some troubling developments.

There is one major hopeful finding in the report: substance abuse disorder has decreased by about one percent in adults and two percent among youth -- that applies to both illegal drugs and alcohol.

The report was done by the Mental Health America, a nonprofit founded in 1909 dedicated to addressing the needs of people living with mental illness and promoting good mental health in America.

Based on data from organizations including the Centers for Disease Control, anxiety is the most prevalent mental health disorder in the U.S. The second most common disorder is depression, according to psychologist Moe Gelbart, founder of the Thelma McMillen Center for Alcohol and Drug Treatment in Torrance, California.

The other major mental health conditions in the U.S. are bipolar disorder and schizophrenia, said Gelbart.

As Higgens said in the article in Scientific American, America and other countries, particularly Australia, must continue, and are continuing, to improve prevention and treatment. “It is paramount that we discover new mechanisms to treat mental illness,” said Higgins. “This progress will not come quickly—the brain does not give up its secrets easily.”