The Upside of Your Dark Side Is A Richer Emotional Life 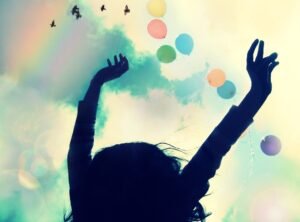 With so much emphasis on being positive and achieving some idealized, elusive state of happiness, psychologist Todd Kashdan has taken the bold step of claiming that the pursuit of all-happiness-all-the-time can detract from valuable, multi-hued emotional experiences. Kashdan is a professor of psychology at George Mason University and the co-author, along with Robert Biswas-Diener, of The Upside of Your Dark Side: Why Being Your Whole Self – Not Just Your “Good” Self – Drives Success and Fulfillment.

Kashdan says there are times when people benefit from anger, for instance, by using its power to make positive changes in personal relationships. He’s seen students dealing with anxiety about tests and using that to double their efforts and do well. Using what are often considered negative or dark emotions can nudge people to work toward a good result in an uncomfortable situation and become more emotionally resilient.

"The science of well-being has forgotten that the world is an uncertain, complex place filled with people who often are annoying and obnoxious," Kashdan said in “Beyond Happiness: The Upside of Feeling Down” in the January 2015 issue of Psychology Today. Anger and anxiety are parts of the personality that are useful to harness in some situations.

“You can’t control happiness because you can’t control how other people will talk to you or drive next to you on the road,” Kashdan said in an interview on The Psychology Podcast in January 2015. He compares being in a state of constant happiness to a farmer who would not have any crops if every day was 75 degrees and sunny.

“You need rain. You need storms. You need gusty winds for seeds to pollinate. The same way a farmer wants varied seasons and varied weather, we can’t have happiness at every moment of our lives and we wouldn’t want to,” said Kashdan. “When you’re in a happy state of mind, you tend to think the status quo is great, so there’s no reason to double-down on efforts to pursue meaningful goals.”

A positive outlook and traits like kindness and compassion should still make up about 80 percent of the day, he said. Then, realize that uncomfortable quibbling over who does the dishes or washes the floor will usually lead to some kind of useful agreement.

Kashdan suggests replacing the pursuit of happiness with an outlook such as: “Be present with an attitude of openness and curiosity and do what matters most to you. We think happiness is the end game, but in some ways, it’s a false idol. You find happiness on the journey to pursuing things you care about.”

Kaufman, Scott Barry, “Todd Kashdan on Dancing with the Dark Side of Your Personality,” Scientific American blog, Jan. 5, 2015

Hutson, Matthew, “Beyond Happiness: The Upside of Feeling Down,” Psychology Today,
January 2015