The Truth about Self-Harm 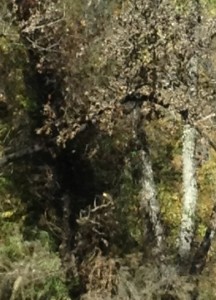 I have seen many female adolescent clients who admit that they cut themselves. To most people, self-harm sounds very scary, maybe weird, or even “crazy.” For my clients, it was often the first time they had spoken about it with anyone. Understandably, they feared others' judgment.

When their parents or guardians discovered what they were doing, they felt bewildered and were left trying to make sense of it on their own. Through my many conversations with families about this issue, I discovered two very common misconceptions.

Some family members believed she cut herself “just for attention.” This explanation often fell short because they would discover that she had been hurting herself in this way without anyone knowing for weeks, months, sometimes even years. These young women felt embarrassed and ashamed of themselves. They would go to great lengths to hide scabs or scars; they would wear long sleeves in warm weather, refuse to wear shorts, wear jewelry to distract from it, use make-up to mask it, etc.

Some family members feared the worst and would tell me, “she wants to kill herself.” I have found that this is also rarely true. When I have asked these young women what makes them purposely hurt themselves, the answer is almost always the same, “it makes me feel better.” This was often very difficult for families to understand, “but how could physically harming yourself feel good?”

With a lot of encouragement and preparation, I have helped many of these clients share with their families what makes them cut themselves. The vast majority explain that the physical pain of hurting themselves distracts them from what feels like much less bearable pain - deeply felt emotional pain (usually depression or anxiety, or a combination of the two). Some found it helpful to compare self-harm to an addiction; they explain how they had truly come to believe that hurting themselves was the only thing that would help them feel better.

Some of my clients would struggle with the idea that cutting themselves is what they would call, "a real problem." They would say that it helps them feel better and they are not hurting anyone but themselves. In these instances, they are not considering the very real dangers associated with self-harm. People who purposely hurt themselves need treatment because of the risk of accidental suicide. For example, they may cut deeper than they intended and lose too much blood or they may find that they need to cut more often and more extensively to get the same kind of relief.

While breaking the habit of physically hurting oneself to feel better emotionally can be very difficult, many adolescents and adults have done so successfully with treatment. The focus is not just about stopping the behavior; it is about replacing it with healthy ways of coping that make strong feelings not only tolerable, but less apt to build to the same level that had previously been so overwhelming. Overall, treatment targets issues of depression and anxiety, which for most people includes both therapy and medication.

I have helped many of my clients who struggled with this issue learn new and improved emotion regulation and distress tolerance skills leaving them feeling better about themselves and more in control of their lives. They had to practice the skills regularly, and relapse was sometimes part of the process, but over time with the support of family and friends, they made self-harm a thing of the past.