‘Aliveness’ Is A Worthy Goal for the New Year 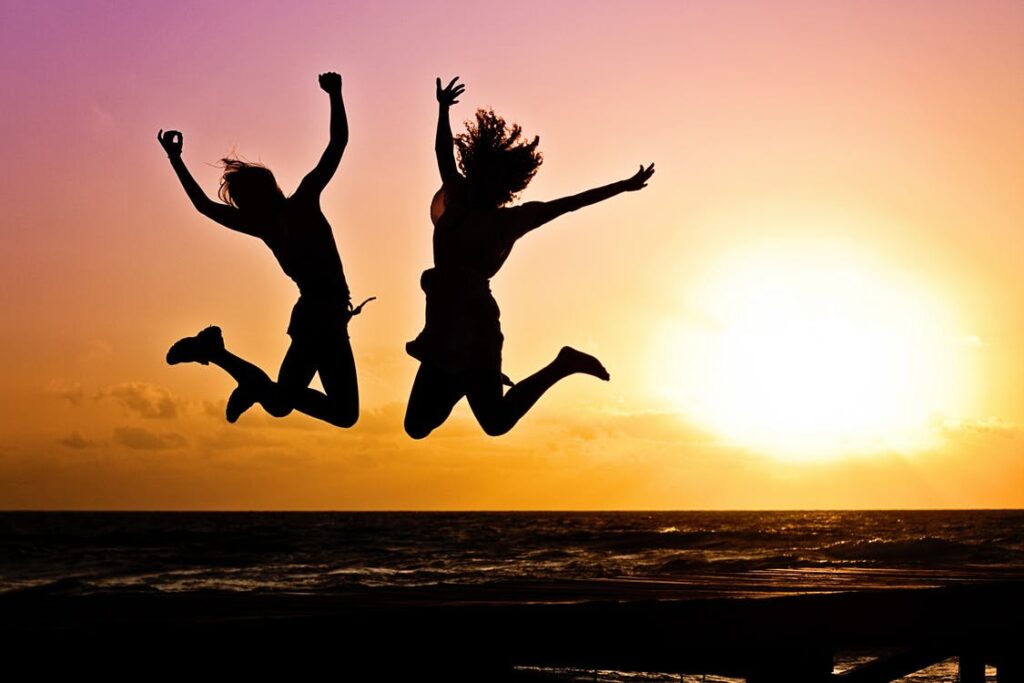 It’s natural and healthy to want to be a better person and do more good in the world, and the new year is an obvious time to make a plan to do that.

The common New Year’s resolutions like exercising more, eating healthier, being kinder to friends and family, going back to school or getting a more satisfying job all have merit.

But if you want to think outside the usual goals for 2018, consider kickstarting ‘aliveness’ in your life.

It’s a concept, more like a way of living, offered by Harvard philosophy professor Sean Kelly, who credits his teacher and friend Hubert Dreyfus with the inspiration in an article in the The New York Times. Kelly found a note he had written in class that said, “The goal of life, for Pascal, is not happiness, peace or fulfillment, but aliveness.”

So what is this thing called ‘aliveness’?

Kelly speculates it’s something you feel in your body and also experience as an excitement or an alertness in your mind. He doesn’t exactly say it’s a spark that ignites your soul, but he suggests that dimension. You’re living with aliveness when you’re in love and the world seems to sparkle even during the most common activity.

At the other end of spectrum, Kelly describes what life feels like when ‘aliveness’ is absent. He describes it as an existence that has become ‘lifeless.’

“You know what it’s like: rise, commute, work, lunch, work some more, maybe have a beer or go to the gym, watch TV. For a while the routine is nurturing and stabilizing; it is comfortable in its predictability. But soon the days seem to stretch out in an infinite line behind and before you. And eventually you are withering away inside them. They are not just devoid of meaning, but ruthless in their insistence that they are that way. The life you are living announces it is no longer alive.”

That can be difficult territory to navigate, the land between feeling like all our interior cylinders are firing and or life has been dialed back to cruise control. Is that middle ground actually a healthy stability? Or boredom? Or just a too much expectation and too little personal effort to crank it up a notch? Is aliveness something we create or something we discover within ourselves?

Two lifestyles suggest possible paths for those seeking aliveness, but they are not necessarily dependable paths to the destination.

Kelly offers the example of a Cassanova, following his natural desires, taking on many lovers and leaving each one for the next in pursuit of spontaneity.

“Eventually, however, he becomes isolated, inconstant and unmoored,” says Kelly. “He hurts those around him. He becomes incapable of genuine connection with anyone and unsure of who he really is. He despairs.”

The other possible approach is creating a reason for the routine, trying to justify the sense of monotony even when the routine continues to feel dead. That approach also can leave a person in despair, says Kelly.

Where does that leave us in the pursuit of aliveness? Kelly admits it gets down to unexplainable, elusive experiences like love or moments when our past, present and vision of the future come together and we feel, physically and emotionally, that our life has meaning.

Kelly doesn’t give us a step-by-step guide to the worthy goal of aliveness. He examines the concept without having found a convincing plan to achieve aliveness. So we might consider other philosophical, emotional, physical, religious and spiritual paths that seek a similar goal of being filled with the ‘essence of life.’

It could be what artists, musicians and anyone absorbed in creativity call “flow.” It’s a concept developed by psychologist Mihaly Csikszentmihalyi, who has conducted extensive research into happiness and creativity. He determined that people are at their optimal level of happiness when they are in an engaged state of “flow.” It’s a state of complete mental, physical and emotional immersion.For example, someone who is so caught up in playing a piano they forget to eat is in the “flow.” It can apply to anyone involved in activities like sewing, cooking, singing, running or building something. Flow may also be created or experienced through yoga, mindfulness or meditation.

Whatever the path we choose, the year 2018 is bound to be more emotionally satisfying and enjoyable with as much aliveness as we can squeeze into it. So a worthy goal for 2018 may be simply to be alert to signs that keep us on our personal path to reaching that desired state of existence, whether we call it flow or aliveness or any other name that means being engaged and enthusiastic about life.