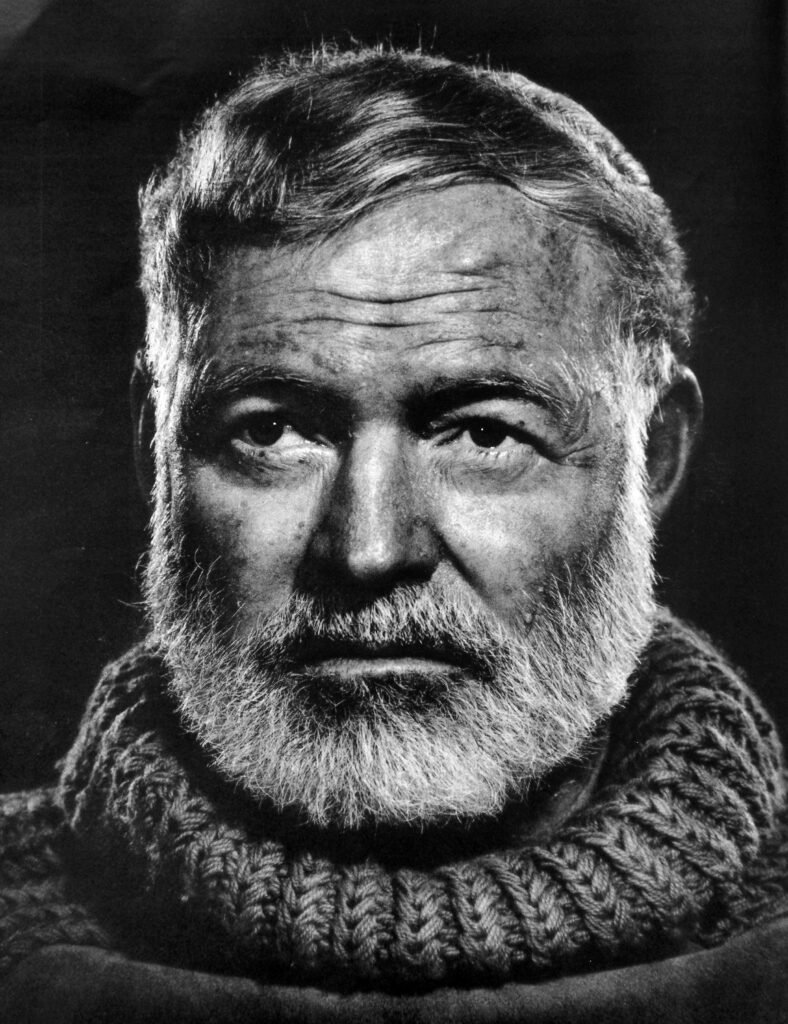 Mental Health of Literary Giant Hemingway Continues to be Studied

Ernest Hemingway is revered as one of the great American novelists, acclaimed for his writing, as well as for his adventurous lifestyle and friendships with the great writers and artists of his generation.

But this larger-than-life author, whose renown continues to lure crowds to his near mythical Key West home, died by suicide after suffering what was then called manic-depression, then electroshock treatment and memory loss.

Mental health professionals continue to diagnose Hemingway long after he committed suicide in 1961 at the age of 61.

One of Hemingway’s well-known quotes about the difficulty of living in the world, with its cycles of love and loss, is from A Farewell to Arms. Lieutenant Frederic Henry, an American ambulance driver in the Italian army during World War I, speaks it when he is reunited with Catherine, the nurse who has become his lover.

“The world breaks every one and afterward many are strong at the broken places. But those that will not break, it kills. It kills the very good and the very gentle and the very brave impartially. If you are none of these, you can be sure it will kill you too, but there will be no special hurry.”

A possible explanation of the comment is Henry’s understanding, and Hemingway’s view, that amid the difficulties of war, or in any time and place, love and life will not last forever.

Writing and art were a saving grace for Hemingway, but also a challenging part of his emotional struggle, as he expressed in this comment:

“That terrible mood of depression, of whether it’s any good or not, is what is known as The Artist’s Reward.”

Perhaps a suggestion of the shadow on Hemingway’s mental health came with some of his writing in Paris in the early 1920s. His life did shine with an artistic glamour. His friends and acquaintances included the writers Ezra Pound, Gertrude Stein, James Joyce and Max Eastman and the painters Miro and Picasso.

In a collection of memoirs of Paris called A Moveable Feast, Hemingway gives perhaps a bit of insight the darkness that sometimes cast a shadow on his vision. One suggestion of that darkness is a piece in that collection, called, “A Good Café on the Place St. Michel.” Hemingway wrote:

"All of the sadness of the city came suddenly with the first cold rains of winter, and there were no more tops to the high white houses as you walked, but only the wet blackness of the street and the closed doors of the small shops, the herb sellers, the stationery and the newspaper shops, the midwife - second class - and the hotel where Verlaine had died where I had a room on the top floor where I worked."

In the same collection, Hemingway wrote in a piece called, ”People of the Seine,” "You expected to be sad in the fall. Part of you died each year when the leaves fell from the trees and their branches were bare against the wind and the cold, wintery light. But you knew there would always be the spring, as you knew the river would flow again after it was frozen. When the cold rains kept on and killed the spring, it was as though a young person had died for no reason."

It is up to the reader to decide if these passages are simply an annoyance with the weather, or Hemingway’s own internal struggle with depression, or perhaps a seasonal disorder.

Adventure, risk, glamour, creativity and monumental success are authentic characteristics of the life of the acclaimed writer. But as mental health experts continue to examine his life and tragic death, they suggest diagnoses that may account for some, or many, of his lifestyle choices and troubles.

Martin says, “A thorough biopsychosocial approach capable of integrating the various threads of the author's complex psychiatric picture has yet to be applied.”

A biopsychosocial approach is a holistic view that incorporates biological, psychological and social dimensions of illness.

From his perspective as a staff psychiatrist at the Menninger Clinic in Houston, Martin’s study of Hemingway found, “…significant evidence exists to support the diagnoses of bipolar disorder, alcohol dependence, traumatic brain injury and probable borderline and narcissistic personality traits.”

Hemingway wrote to his mother-in-law in 1936, "Had never had the real old melancholia before and am glad to have had it, so I know what people go through. It makes me more tolerant of what happened to my father."

Ernest Hemingway’s father, physician Clarence Hemingway, shot himself to death at his home in Oak Park, Illinois in 1928 at the age of 57, according to an article in The New York Times. The report said the elder Hemingway was despondent over a diabetic condition.

In the letter to his mother-in-law about the melancholia, Martin believes there was a clear message that Ernest Hemingway was suffering from a depressive episode.

Martin also found a letter from Hemingway to writer John Dos Passos with more details about Hemingway's experience of depression: "I felt that gigantic bloody emptiness and nothingness…”

Reflections by many writers and people who knew Hemingway during his life and after his death point to his complex family history and psychological issues. Some point out his childhood, “…when his mother famously, and perhaps formatively, dressed him as a girl for six years.”

And yet, Hemingway, for many, personified his era’s idea of the manliest of men, as an ambulance driver injured in Italy during World War I, with his passion for the bullfights in Pamplona, Spain and in his legendary fishing adventures. And, of course, there were Hemingway’s four wives.

Martin’s research led him to theorize that, “Hemingway utilized a variety of defense mechanisms, including self-medication with alcohol, a lifestyle of aggressive, risk-taking sportsmanship, and writing, in order to cope with the suffering caused by the complex comorbidity of his interrelated psychiatric disorders. Ultimately, Hemingway's defense mechanisms failed, overwhelmed by the burden of his complex comorbid illness, resulting in his suicide.”

Despite what appears to be multiple psychiatric disorders, Martin reminds us that,“Hemingway was able to live a vibrant life until the age of 61, and within that time,
contributed immortal works of fiction to the literary canon.“

Two authors, Martin Voracek and Thomas Niederkrotenthaler, don’t think that Hemingway’s suicide was inevitable. In an article, “Without Hope, No Future: Why an Inevitable Suicide Paradigm is Inappropriate for Psychiatric Practice,” they make a passionate case for therapy that provides hope.

So, aside from the complexity of Hemingway’s psychological issues over decades of his adventurous life, the two authors are clear that there’s no complexity about one foundation of therapy. Each person who may seek support from a therapist must be honored with a consistent focus on hope that provides the energy for change and a brighter future.

Voracek, Martin and Niederkrotenthaler, Thomas, “Without Hope, No Future: Why an Inevitable Suicide Paradigm is Inappropriate for Psychiatric Practice,” Suicidology Online, Aug. 15, 2013.