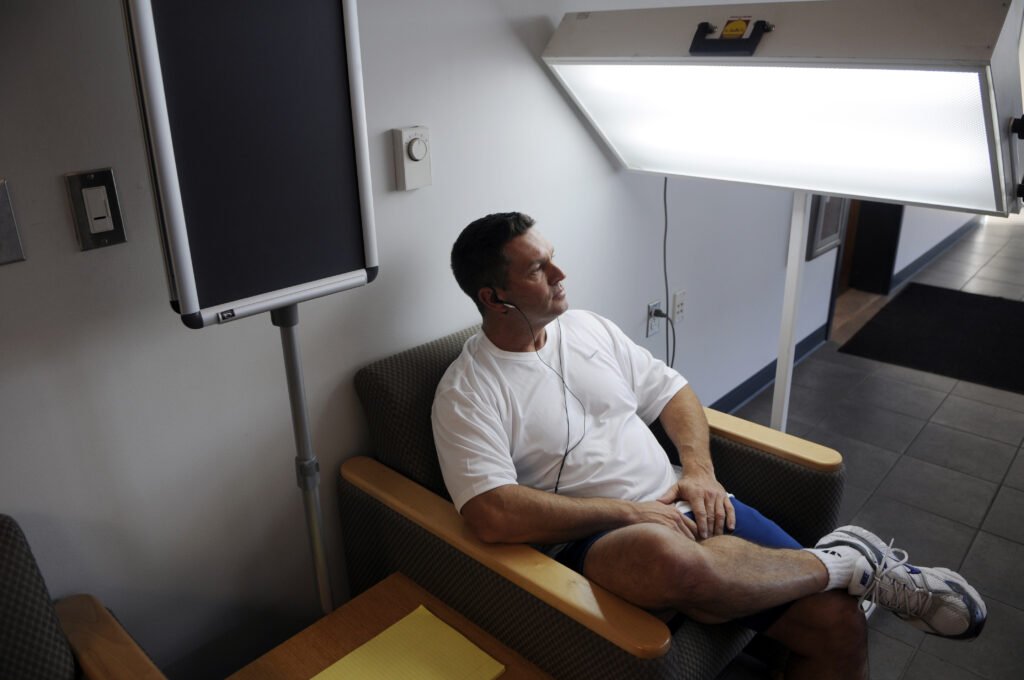 In the cold, dark months of winter many of us feel a little sluggish and a little blue. The change in sunlight certainly affects most people to some degree, but for some people the decrease in sunlight hours marks the start of a yearly depression, called Seasonal Affective Disorder (SAD), complete with excessive fatigue and an increase in feelings of worthlessness and hopelessness.

People sometimes try to “tough it out” because when springtime rolls around and the sun shines more, they know they will start to feel better. Yet, especially in northern climates, winter is a long, long season, and it makes sense to explore treatment options available.

While it’s not a separate disorder, Seasonal Affective Disorder is a form of major depression that is clinically diagnosable by medical professionals.

SAD is sometimes confused with the “winter blues” which is not a medical condition, but has similar symptoms of melancholy and lethargy. Seasonal Affective Disorder is more persistent, though, with more severe symptoms that can make it hard to get out of bed in the morning and function.

As with other forms of depression, doctors may prescribe one of these treatment options for SAD:

One of the hallmarks of SAD is that the symptoms tend to appear at the same time each year. That’s because one of the triggers for SAD is the being exposed to a lower level of sunlight throughout the day. The change in sunlight effects our circadian rhythms and can cause a decrease in serotonin production as well as reduced Vitamin D levels, both of which have been linked to depression.

A light box mimics the signals we usually get from the sun and triggers the release of chemicals, including serotonin, that can lift our mood. Sitting in front of one of these devices for roughly 30 minutes each day has been shown to be effective in 70% of people with SAD symptoms.

The recommendations for using a light box include:

Also, you want to observe these cautions for using light boxes:

Other Ways to Help SAD Symptoms

There are other recommendations for ways to alleviate the symptoms of SAD.

While these recommendations fall into the category of general self-care, they can be tricky to implement. If the symptoms of seasonal affective disorder are knocking you down, it can be hard to make yourself do those things. When you are feeling depressed, it’s not easy to reach out to friends or to get yourself outside for a walk.
On the other hand, it doesn’t take a great deal of effort to plug the light box in and make yourself sit down in front of it. If you are among the 70% of people for whom the therapy works, it will then be easier to take part in other self-care options that support your mental and physical health.