Boundary Intrusions Can Leave Patients with Overwhelming Sense of Assault 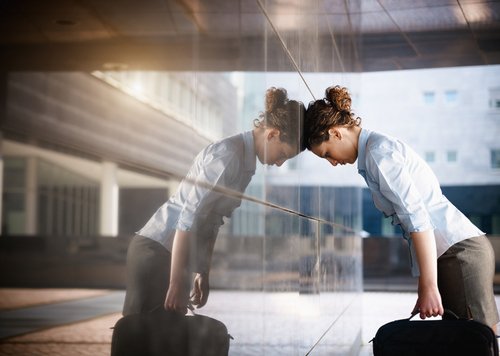 When someone with serious mental illness starts to experience an emotion, vulnerable ego boundaries may leave that person actually feeling assaulted and in distress. One clinician with more than four decades of experience believes the problem is not the emotion, but the sense of invasion the person perceives as the emotion arises within.

“It is this sense of assault which leaves the person in extreme distress,” said Gary A. Taylor, a Belmont, Mass.-based therapist who has worked at Cambridge Health Alliance, McLean Hospital and Harvard University Medical School. “Many clinicians will underestimate the degree of pain associated with this experience, even though, in many cases, it is psychologically equal to an actual traumatic situation and can be accompanied by a total sense of being violated and out of control…” He calls this sense of assault “the done to.”

Taylor’s article, “Under Siege on the Edge of the Big Empty: The Phenomenology of Severe Mental Illness,” posted on his website is intended to enhance traditional treatment with more effective ways of understanding and handling the issues of emptiness, numbness and the inability to control emotions or behavior. His work in phenomenology, which is the study of the structures of consciousness and experience, focuses on severe mental illness because he found patients often felt misunderstood. He defines two factors, the “dead zone,” which he compares to the psychological equivalent of dying, and “the done to” as part of a cycle common in a range of serious mental disorders.

“Some people at some times perceive their emotions as alien and foist upon them by the outside world…,” said Taylor. “While such people can then struggle with the outside world to stop this perceived attack, it may be easier for them to shut off their feelings and become unfeeling, or emotionally dead.”

Situations in which “the done to” arises, for example, may cause a patient to report feeling trapped, smothered, backed into a corner or controlled. Some may actually say, “Why are you doing this to me?”

It’s important for people experiencing what feels like this kind of psychological assault to be aware of any increase in distress and instead of reacting, search within for what is happening. Looking within the trunk of the body for “feelings” can be crucial in developing skills to deal with dilemmas large or small, rather than shutting down emotions.

“Trying to see feelings too hard can block the process, just as trying too long,” said Taylor. His advice is simply look inside the trunk of the body, “and if you see nothing, move on, come back later and try again.”