For me, my anxiety always flares up when I get on a plane. I just can’t make myself do it. My palms sweat, and cold shivers run down my back. I feel my heart racing so hard I wanted to run. But in an airport – where can I run to? 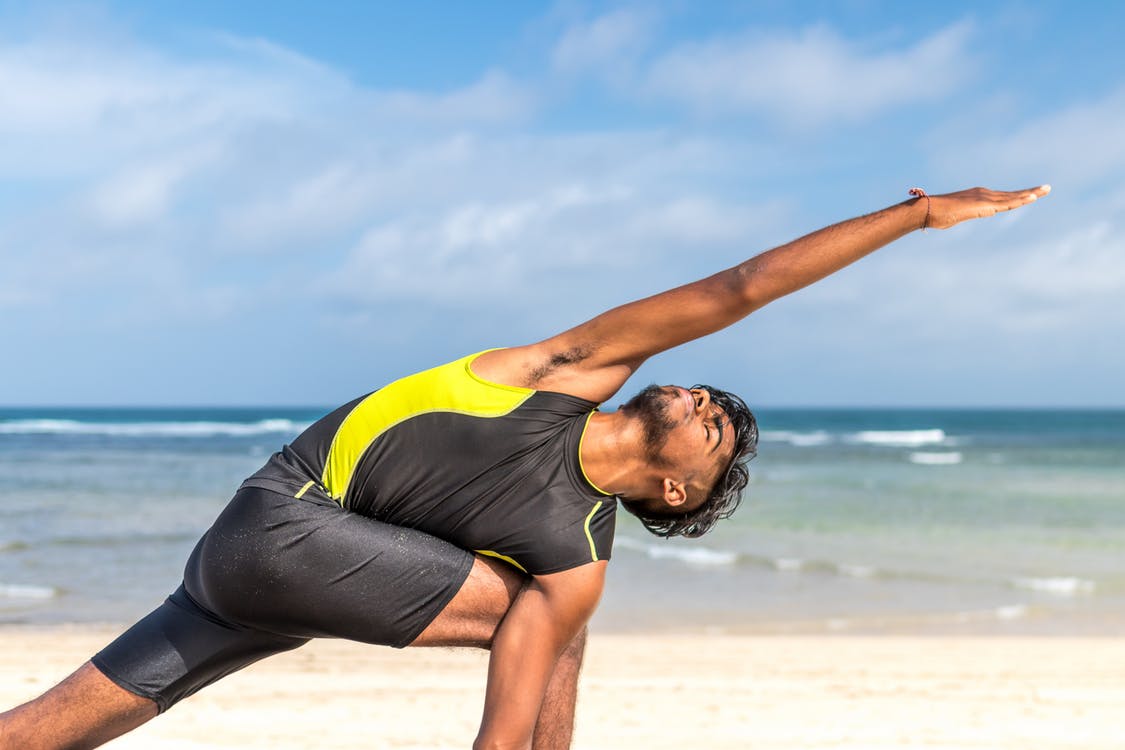 When the Panic Hits

I know I’m not the only one. I know tons of other people go through this too. I also know it’s a feeling and it isn’t real, but when the panic hits, my heart beats so hard inside my chest I can’t think straight. I feel as if I can’t breathe, and the room is closing in on me. I feel as if the walls are moving and closer and closer, and I’m trapped.

I never really had anxiety until I moved into my new apartment on the 12th floor of a high-rise. I hate heights; always have. But, I never thought it would bother me this much. Now, I’m afraid inside my own apartment. I’m constantly thinking: “What if I have to go on the balcony for some reason?” I keep the curtains closed, because I can’t deal with how high up I am. I’ve told the landlord I need a lower apartment, but that might not happen.

I’ve just been told I need to travel more for my work. But, I hate taking planes. I don’t like the thought of being up in the air like that, and all I can think of is what if the plane crashes? I sit in my seat and shake. Even though I shouldn’t, I either take a sleeping pill, or have a few drinks. Doesn’t solve the problem, but I don’t know what else to do.

You know how some people have one of those families where everyone is anxious? That’s my family. I remember my father being this nervous sort-of fellow who fell apart at the least problem. Then, when he got anxious, he would make all of us anxious too. He would scream and terrorize everyone else until he calmed down. Now, all these years later, I find myself doing the same thing. I don’t know why, but the least bit of stress causes me to panic. Maybe I should go to the doctor, but I don’t want to take a bunch of pills. Who knows what those things do to you? A week ago, I was in the store with my teenage daughter and the panic hit me. I dropped my purse and my packages and ran out as fast as I could. I couldn’t take it in there. One time, I even fainted. My heart feels like it’s soaring out of control and will burst out of my chest. I know that isn’t logical, but it’s how I feel in the moment.

Anxiety and panic attacks have really become a huge problem for me. I avoid people, situations, and places I know will upset me. For the most part, I don’t even want to go out of the house. Maybe it isn’t normal; I don’t know, but I can’t face the outside world. I order all my groceries, and I don’t get together with friends anymore. Inside my apartment, I feel relatively safe, but I can’t go outside. I just can’t.

The first time I had a panic attack my legs felt as if they’d turned to jelly. I started hyperventilating. I don’t understand it, but I began to feel really small and vulnerable, as if I was in a dream I couldn’t wake up from.

When I get these attacks my head feels foggy for hours, sometimes even several days. It’s like I can’t organize my thoughts.

When it hits me, I get this weird prickly feeling in my chest, my throat feels tight and sore, and I just want to jump right out of my skin. Everything about me feels desperate and I can’t get enough air into my lungs. It’s as if my mind knows something’s wrong, but my body has no clue what to do it. Sometimes, I get so nauseated I want to vomit. Then, there are those times I’m dizzy and light-headed, and I feel as if I’m going to faint.

One night when it was late and I was getting ready for bed, the panic hit me. I thought I was going to die. Dozens of thoughts kept flooding my brain all at once. Everything felt around me felt wrong, but I didn’t know why. I totally felt as if I was fighting some sort of monster trying to hurt me. My body got weaker and weaker until these waves of cold washed over my body. It was terrifying!

I know that a little bit of anxiety is normal. My therapist has told me that. She went into this big speech about how it’s all very primal from way back when our ancestors were climbing out of trees. How does that help me? I’m not in the trees, and I don’t live back then. But, when the attacks hit me, it’s this fight or flight response that floods my body. I know it’s only my brain telling me I’m under attack, but it feels so damn real.

Anxiety is the response to a perceived threat. Even if the threat isn’t real, the body believes it to be so.

Recently, I decided I needed to do something about my panic attacks. My doctor suggested mindfulness meditation. So, I looked it up on the Internet, and I decided it was worth a try. I’m grateful I did it because it has really helped. Mind you, it didn’t help right away; it took some time and I really had to practice it. But, I find that if I keep up the meditation practice, I don’t get the panic attacks anymore, and my anxiety has gone way down. Feels great!

My doctor told me that one of the things I could do for myself is get a regular routine of deep sleep. Let’s face it, we live in this busy, highly technological world, where we’re constantly connected to our televisions, our laptops, and our cellphones. Now, I turn everything off at least an hour or two before I go to bed. I’ve developed this habit of shutting out the world, making my room a calm, quiet place to be, and it’s really helped. I sleep so much better, and my anxiety has gone way down. Who would have thought such a simple solution could be so helpful?

See the companion article to understand more about anxiety, and resources to help you.